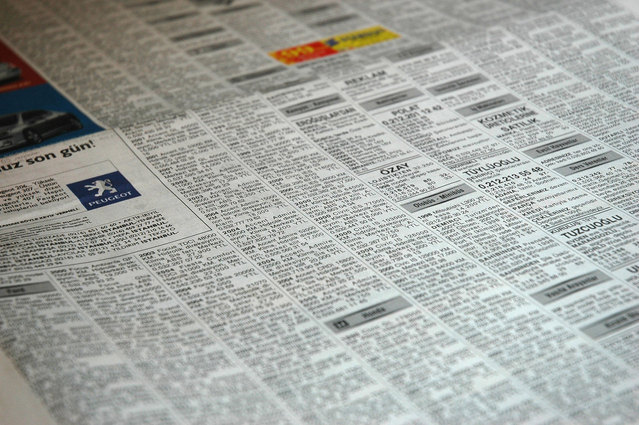 Posted by Quentin Wallace on September 30, 2019

“What do you think? There was a man who had two sons. He went to the first and said, ‘Son, go and work today in the vineyard.’ “‘I will not,’ he answered, but later he changed his mind and went. “Then the father went to the other son and said the same thing. He answered, ‘I will, sir,’ but he did not go. “Which of the two did what his father wanted?” “The first,” they answered. (Matthew 21:28-31)

When I was a teen I enjoyed watching my favorite television programs more than anything, and sometimes it got me into trouble with my parents. On one occasion I was engaged in a TV show when my Mother gave me a directive to either take out the garbage or clean up the kitchen. Whenever I was asked to complete a chore while watching an exciting program I would say, “Sure, I’ll get the chore immediately after the program goes off.” You guessed it. By the time the program ended, I had forgotten what I promised and went to bed. Although I had forgotten, it did not mean my mother had done so the next morning I would be awakened by a disappointed parent with a scowl on her face. “Why didn’t you clean up the kitchen or take out the garbage?” she would ask. I would give my famous line, “Mom, I forgot.” And then I would run to do what she had requested of me.

Recently I have received several new members into the Covenant family, and each time this occurs the congregation is reminded of its promise to God and the church family through the words we recite as part of the new members’ reception during worship. Specifically, we agree to support the mission of God through our church by offering our gifts, talents, prayers, presence, and witness.

In the Matthew passage above, Jesus provides a parable about two sons and their responses to their father’s request. One son when asked to do the chore said he would not do what was requested, but later he changed his mind and complied. The other son agreed to do the chore initially, but didn’t fulfill its promise. I believe the point of the story is that it’s okay to change your mind and follow the father’s request later.

Many of us today have such heavy schedules in our lives that it is difficult to find time to serve in the church, and, as a result, we have a Pareto Principle or the 80/20 Principle. This principle describes how 100 % of the work is done by 20% of the people. If you have been unable to be active in the church for reasons beyond your control but things have now changed, please let me or members of the Nominations Team know.

Over the years we have worn out some of our faithful members by asking them to wear so many hats continually. We simply need a few more people who feel led to say as Isaiah the prophet did in the passage above, “Here am I, send me.”

In closing, if you haven’t had time to work in the church in the past due to a hectic schedule, it’s okay to start now. God knows your heart, and your church family will appreciate anything you can do to assist in the work of the church and the building of God’s kingdom.